Grand Prix racing in the US has a long history at legendary tracks such as Daytona, Laguna Seca and Indianapolis. In 2013, the impressive new Hermann Tilke-designed 5.513km 'Circuit of The Americas' in Austin, Texas, joined the MotoGP™ calendar and become an instant hit - with its cutting edge facilities and a capacity for 120,000 fans.

The US has a fantastic motorcycling heritage - with great champions such as Kenny Roberts, Freddie Spencer, Eddie Lawson, Wayne Rainey and Kevin Schwantz being amongst the best riders to have ever competed in Grand Prix racing. 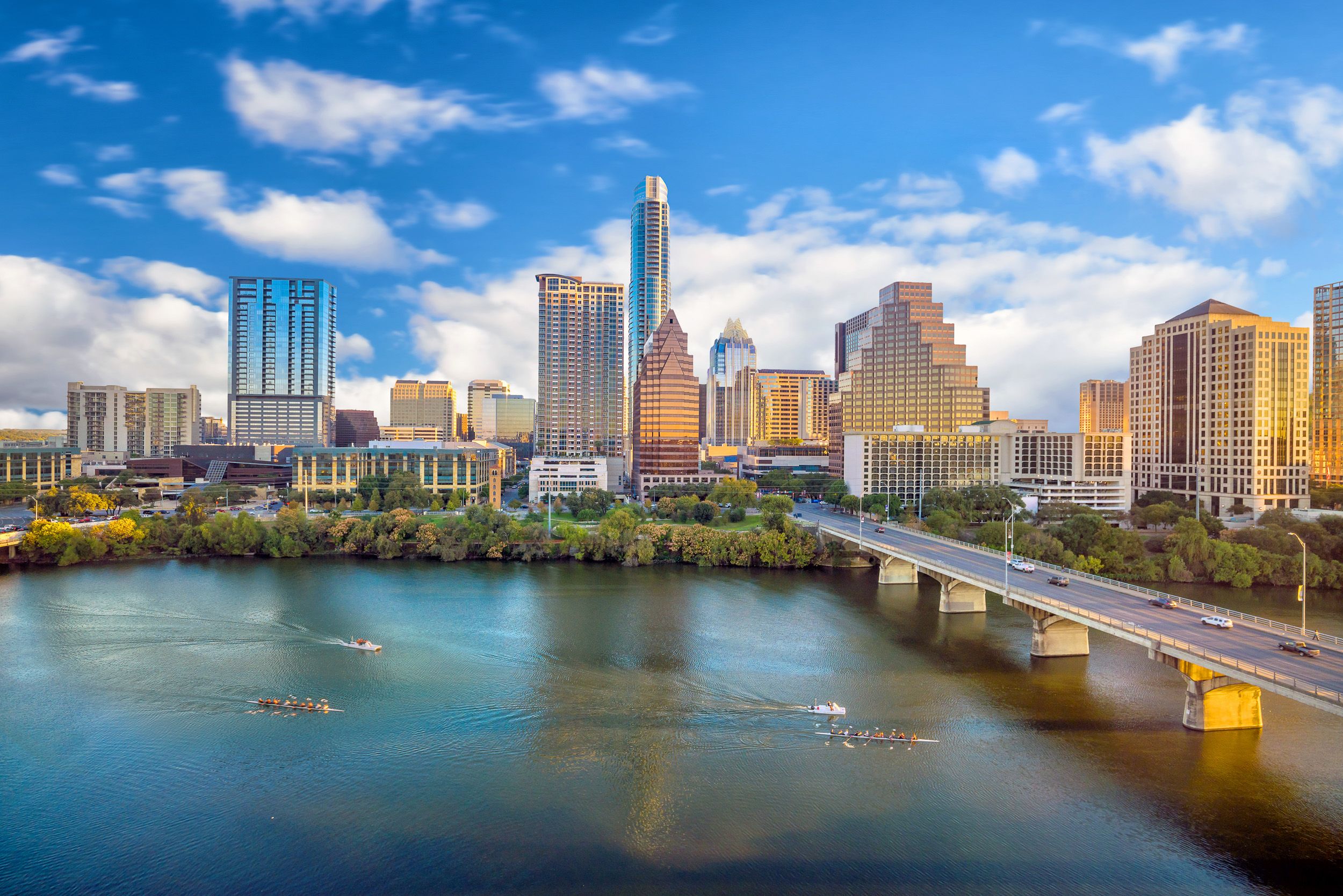 Why we love the USA and Texas

The sheer scale of the United States of America, including both overall land mass and the huge diversity between the 50 states stretching from Atlantic to Pacific coasts, means it offers a wealth of experience and adventure to any visitor.

The bigger cities - Atlanta, Boston, Chicago, Dallas, Las Vegas, Los Angeles, Miami, New Orleans, New York, Philadelphia, San Francisco and Seattle - are all superb destinations. They offer a plethora of delights, from huge skyscrapers, to big sports stadiums, an apparently endless choice of bars and restaurants, and some of the world’s best museums and galleries.

The U.S. has many world-famous attractions and monuments including the White House, Disneyland, Time Square, The Statue of Liberty, the Vegas strip, Broadway, Hollywood Boulevard, the Golden Gate Bridge and the Empire State building.

If you want to get away into the great outdoors there is even more to see, from the Appalachian ranges to the Great Smoky Mountains; the mighty Rockies, the Everglades of Florida, and the Grand Canyon, to the Great Lakes, the Mississippi River or breathtaking Niagara Falls, Yellowstone and Yosemite National Park, and the huge wilderness of Alaska...

Then there are the vast open rolling plains within states such as Kansas and Texas to discover...the list seems endless.

Weather: In April when MotoGP™ visits Austin the average daily maximum temperature is 25 to 28°C (77-83°F) and nightly lows fall significantly to between 13 and 16°C (56-62°F). This is one of Austin’s least rainy months, however there is roughly a 50/50 chance of cloud or sunshine respectively.

With Austin-Bergstrom Airport nearby, and Austin itself being home to nearly a million people, this is a large and well-connected city with plenty of accommodation on offer. However, do book in advance to get the best rooms, whatever your budget.

Americans do road trips and vacations in style, and are often on the move, so Austin has a wealth of options for visitors to rest their heads at night, including hostels, rental properties, motels, budget through to luxury or boutique hotels and B&Bs.

The city’s Downtown area can be more pricey but staying in or around the central district means you have everything on your doorstep.

There is an energetic buzz about Austin, the Texan state capital which comfortably carries its title of 'Live Music Capital of the World.' In addition to hosting large music festivals, the city provides locals and visitors with the chance to enjoy excellent live music every night.

You can also partake of great food at one of the city’s hundreds of restaurants, or tasty fast food joints, and the booming food-truck scene means it’s easy to grab a bite to eat when you are on the move.

Meanwhile, Austin’s waterfront on the Colorado River is a pleasant place to be and its state capitol building is the largest in the U.S. ‘Everything is bigger in Texas’ as the saying goes and the imposing 1888 built red granite Texas state capitol will make a good subject for your photo album.

Elsewhere in Texas, Dallas and Houston have plenty to offer in terms of sightseeing, dining, arts, culture and partying. San Antonio laos has a lot going on, with its landmarks such as the River Walk, the Alamo and the Missions National Historical Park.

Want to get outdoors? Texas is a vast state, the second biggest in the US after Alaska, with over 260,000 square miles to explore. This massive natural playground boasts huge plains, prairies, lakes and dunes. It has beaches stretching over 367 miles of coastline, three mountain ranges higher than 7000ft in the west of the State, and Big Bend National Park for hiking and rafting.

Tips for visiting Austin and Texas

Common stereotypes sometimes ring true to the benefit of visitors, and there is a huge amount of food on offer in Austin -  and throughout the whole of Texas. There are plenty of variations on the great American hamburger to try, however, Texas has its own culinary delicacies as well. BBQ is taken very seriously, and unlike in other States they utilize more beef than pork. A warning to those new in the area - portion sizes are often very large…

Tex-Mex combines Mexican food with American cuisine so give it go and try the delicious guacamoles, enchiladas, fajitas, chimichangas, burritos and tamales.

Texans love a pecan pie and the tipples of choice are often sweet iced tea or an ice-cold beer, the ‘Lone Star’ brand having an army of followers. 24-hour diners are commonplace meaning you can eat whenever you want.

Texans tip big so don’t forget to do so generously, giving barmen and waiters 15-20% on top of food or drink prices.

Getting around this huge state takes some planning. All the major cities have their own airports and hiring a car or motorbike for a good old American road trip is an experience in itself.

From 1836-1845 Texas was an independent republic, gaining independence from Mexico before joining the United States as the 28th state. The 'Lone Star State' gets its name from this former status as an independent nation.