Racing has taken place in the area around Chemnitz, Germany since the 1920s. The more modern circuit of Sachsenring, 8km west of the town, was built in 1996 and hosted its first MotoGP ™ race in 1998. The track underwent a significant update in 2001. Its numerous tight corners make it a challenge for MotoGP's technicians, with a spectacular plunging downhill right-hander nicknamed 'The Waterfall' giving riders plenty to focus on. 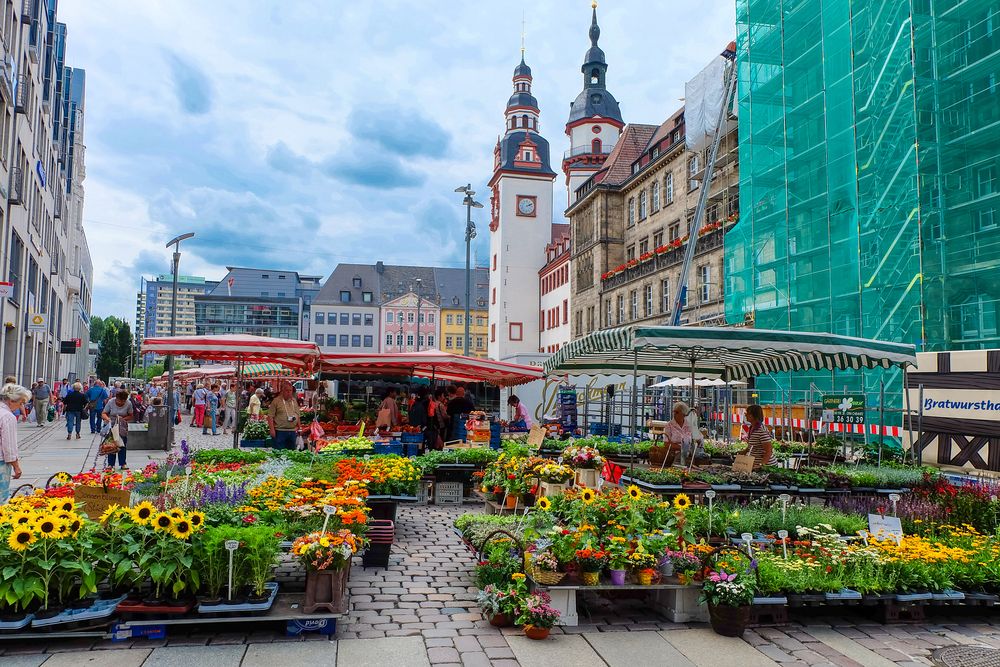 Why we love Germany and Saxony

Germany has undergone great change over the decades, largely since its reunification following the fall of the Berlin Wall in 1989. Of note was its colorful celebration of the FIFA World Cup in 2006, which highlighted so well the country's modern, multicultural personality.

The reinvention and resurgence of Berlin itself has been remarkable over recent decades, and is now one of the most exciting and enthralling of Europe's great cities.

In the heart of the 'old continent', Germany's rich and often turbulent past has left a legacy of artistic, architectural and historical treasures. The contrast between past and present is evident across the country in cities such as Munich, Cologne, Hamburg, Frankfurt, Stuttgart and Düsseldorf, where fine old buildings and museums often sit adjacent to new bars, trendy restaurants, shops and modern art galleries.

Formerly behind what was once called the 'Iron Curtain' during the Cold War years, the state of Saxony is where you will find Sachsenring. It is also home to three sizeable cities which have each undergone great changes of their own over the course of modern times; Dresden, Leipzig and Chemnitz.

Sachsenring is located near Hohenstein-Ernstthal, a small urban area with a population of around 15,000. However, in the town itself and the surrounding area there are many hotels and guesthouses.

Both the cities of Chemnitz and nearby Zwickau have more going on in the evenings than the small towns near Sachsenring, and both have plenty of choices in terms of hotels, guesthouses and rental properties.

Dresden and Leipzig provide even more choice in terms of accommodation with a wide selection of hotels suitable for all budgets. Also renting private accommodation, whether it is a house for a week or a city-centre apartment for a few nights, there are good options whereever you choose to base yourself.

Tips for visiting Chemnitz and Saxony

Beer is popular in Germany, and throughout Saxony there are many traditional breweries which have always remained faithful to the sixteenth-century 'Reinheitsgebot' - the world's oldest Purity law.

Local beers such as Radeberger and Wernesgrüner come highly recommended by residents and visitors alike, and the Freiberger Brauhaus in Freiberg is the oldest brewery in Saxony, with roots traced back to 1266.

The German tradition of 'Kaffee und Kuchen' is said to originate in Saxony. Enjoying coffee and cake in one of Leipzig's many coffeehouses is a fine way to spend an hour or two.

Saxon cuisine traditionally features freshwater fish such as carp or trout, whilst potato soup, Blinsen (a pancake) and Klitscher (a potato pancake) can often be found on local menus. The German staples of good quality sausage, schnitzel, roast pork, and of course pretzels, are easy to find throughout Saxony; Greek, Italian and Turkish influences are also evident in modern German cuisine.

The closest airports to the Sachsenring circuit are Dresden (100km) and Leipzig / Halle Airport (140km), so you might consider spending some time in these local cities on the same trip as the Sachsenring.

Dresden was heavily bombed in the Second World War but completely rebuilt, and indeed, since Germany's reunification, it has been revitalized. It now buzzes with life, especially at night when the bar and club scene comes alive. Much of the action takes place in the 'Neustadt', however the restored glory of the Baroque Altstadt is certainly something to behold.

Leipzig is a similar sized city to Dresden and also has a lot to offer visitors. Check out the Renaissance style Old Town Hall built in 1556, the Deutsche National Bibliothek (Germany's national library) or the Reichsgericht, the former Court of the German Empire. Nearby lakes and forest provide a breath of fresh air to those visiting the city, as do its many parks around the rivers Elster, Pleiße, Parthe, and Luppe.

The former communist past of East Germany is most evident in Chemnitz; the city known for years as 'Karl-Marx-Stadt'. It is worth visiting for its modern art galleries, revived city center, and its Soviet legacy and industrial heritage - which once earned it the moniker of 'Saxon Manchester'.

Dresden has been nicknamed 'Florence on the Elbe' and the 'Jewel Box' given its beauty and the Baroque / Rococo architecture of the city. An example of its splendor is the city's Furstenzug (Procession of Princes) work of art; a 100-metre long depiction of kings and great thinkers, made up of 24,000 porcelain tiles.