The first time that Mugello hosted a Grand Prix event was in the year 1976, and the layout of the stunning Tuscan circuit, which undulates naturally within a beautiful tree lined valley, has remained practically the same ever since. The track was purchased by Ferrari in 1988 and renovated to their high standards shortly after - with excellent facilities and world class safety features. It became a permanent MotoGP™ venue from 1991 onwards.

Italy’s love affair with bike racing is long and enduring. Manufacturers such as Mondial, Moto Guzzi, Gilera, MV Agusta, Morbidelli, Garelli, Cagiva and now Aprilia and Ducati all playing a role, in addition to great riders such as Giacomo Agostini and Valentino Rossi. 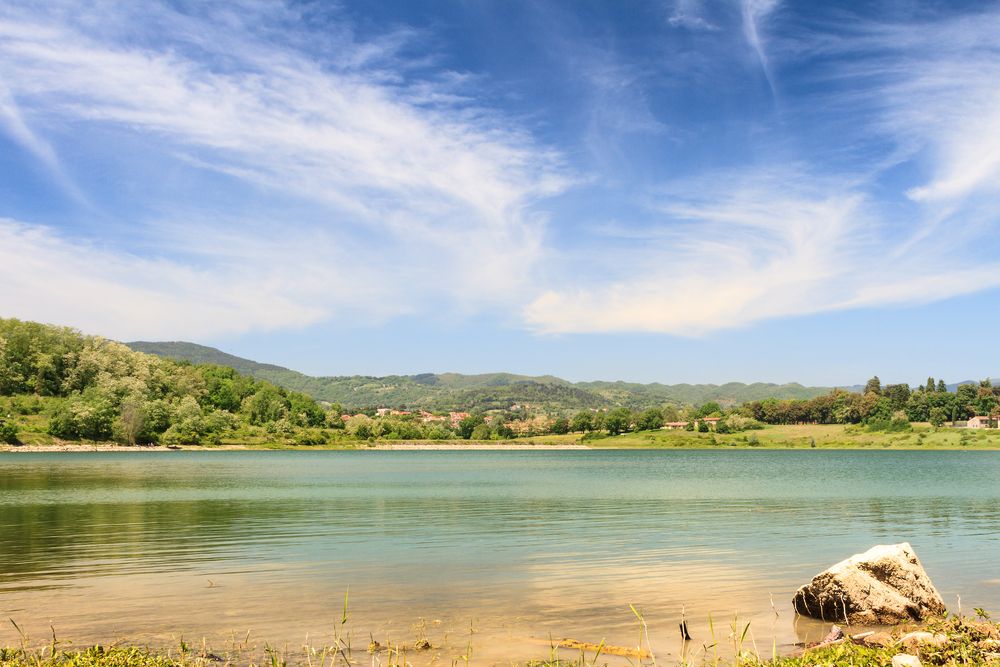 Grab your Official Programme! It's over 60 pages of jam-packed, must-have content brought to you from inside the MotoGP™ paddock. Along with a series of spectacular photos and updated graphics, each publication includes the Grand Prix timetable, a circuit map, all the information you need about your favourite teams and riders, plus an 'Inside MotoGP™' feature with up-to-date stories from this week in the Paddock.

There are guides to all three Grand Prix classes - MotoGP™, Moto2™ and Moto3™ - as well as a Riders Guide, which will help you match names and faces, and riders with their new 2021 colours! The Official Programme is the perfect guide to the events that will unfold over a race weekend! 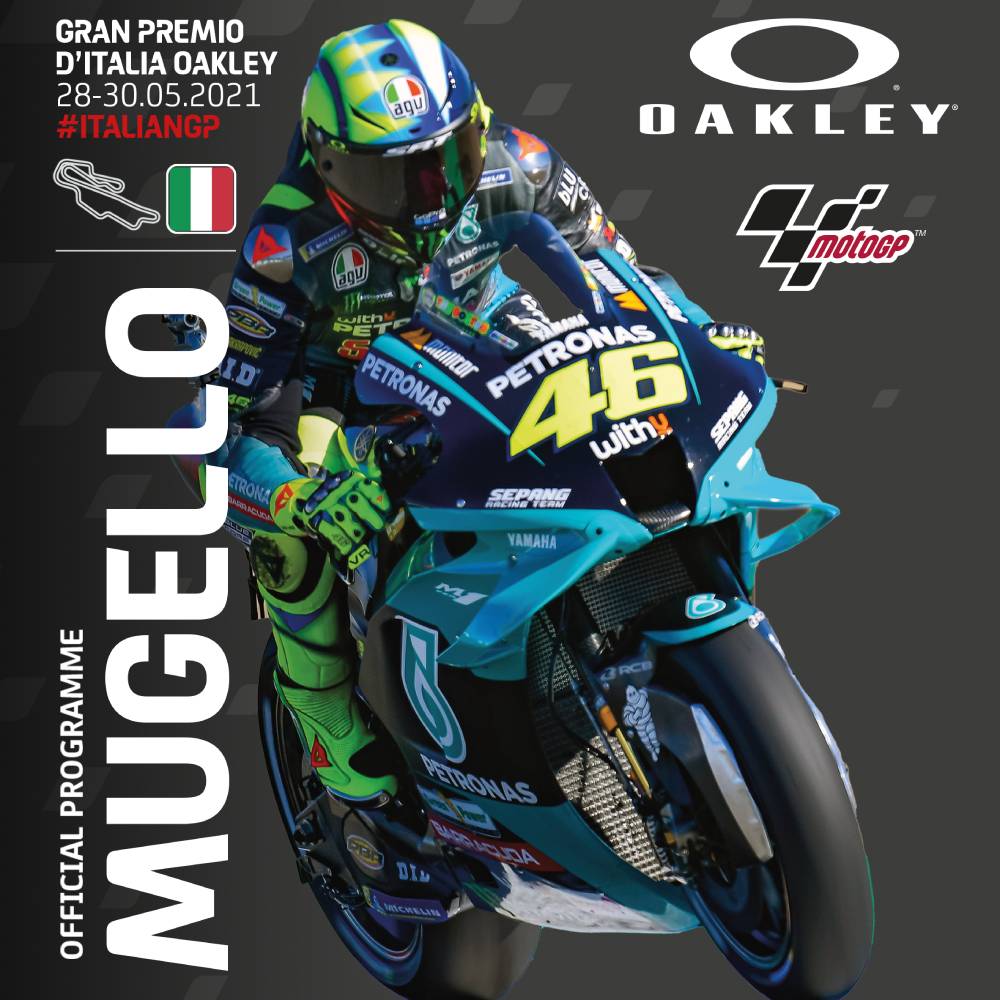 Why we love Italy and Tuscany

Italy’s capital city Rome was once the centre of an entire empire, and millions of tourists annually visit each year to see the Roman Forum and the Colosseum, in addition to St. Peter’s Basilica, the Vatican Museums, Michelangelo’s Sistine Chapel and the Trevi fountain.

The north of Italy boasts beautiful mountains in regions bordering Austria, France and Switzerland and the large northern cities - Turin, Milan, Genoa, Bologna – are the economic and post-industrial powerhouses of the nation.

Meanwhile the south of Italy has its contrasting and rustic charm, with miles of unspoiled beaches and its own interesting cities such as Naples and Palermo.

Mugello is located in the picturesque Tuscan region in central Italy, just north of Rome, and just a short drive from Florence - the cultural and historical hotspot. Pisa and Siena are also in Tuscany, and the locals in both cities would argue that their city is just as beautiful, if not more beautiful, than Florence.

Weather: MotoGP™ calls in at Mugello at the beginning of June, which is the start of the summer season in this region of Italy. Expect good weather, hot sunshine, average daily highs of 21°C (70°F) and lows of 15°C (59°F), meaning you may need a jacket in the evening and its will be pleasantly cool for getting a good night’s sleep.

Tuscany is a popular region for holiday makers and offers a range of accommodation in terms of style and budget. From luxury hotels, to rented villas and apartments, entire farmhouses, to campsites and cheaper hotels, there is something for everyone in this beautiful area.

Many hotels and guesthouses can be found dotted around the hills and valleys surrounding the town of Borgo San Lorenzo, whilst the fine local climate means camping is not uncomfortable.

If you are unable to find what you want in the countryside look at the options in nearby Florence, where there are numerous hotels, guesthouses and rental apartments to select from.

Planning a tour out into the Tuscan countryside on foot, by bicycle, motorbike or car is well worth the effort. There are hundreds of routes to choose from throughout the region, which will guide you to quaint little towns, vineyards, woodlands, hilltops and valley streams.

Cities such as Florence, Siena, San Gimignano, Pisa and Lucca are all worth taking a day or more to discover and some of Italy’s finest architectural, cultural and historical sights are there to be discovered.

Florence is the capital city of the Tuscan region, is considered the birthplace of the Renaissance. Its historic city centre has been a UNESCO World Heritage Site since 1982.

Likewise the historic centre of Siena is also a World Heritage Site and the city’s art, cuisine, museums, medieval architecture will leave an impression on you forever.

Pisa cathedral’s leaning bell tower is world famous and must be seen by any visitor to Tuscany, but this beautiful Italian gem of a city has much more to take in too, with over 20 other churches, a number of medieval palaces and various historic bridges to be strolled across in the summer sunshine.

Tips for visiting Mugello and Tuscany

Spring or autumn are good times of the year to be in Tuscany, as the weather is warm and pleasant but not stifling like it can be in the peak season of mid-summer. It also means you avoid the bigger crowds of tourists who arrive in late July and throughout August.

When it comes to driving try to avoid rush hour driving as you head in and out of the bigger cities such as Florence and Siena.

Plan your trips out into the countryside logically and thoroughly as not all businesses take credit cards, not every little town has a cash machine (ATM) and keep in mind that more rural restaurants may have more restricted dining hours than big city places.

If you want to sample some of the delicious local produce try the Chianti Classico or Brunello di Montalcino wine, be sure to get extra-virgin Italian olive oil and give the local pecorino cheeses and cured meats like the salame toscano a go.

Tuscany is home to 3.8 million people but is visited by more than 40 million tourists per year. Not surprising really, as you cannot help but be drawn to the natural beauty of the coastline, the Apennine Mountains, the olive groves, vineyards and the picturesque Tuscan cities and towns such as Florence, Pisa, Siena, Lucca, Elba and Livorno.