The Grand Prix of Qatar is undoubtedly one of the most spectacular events on the MotoGP™ calendar. The action here takes place at night under the floodlights of the brilliant Losail International Circuit, which sits around 30km outside Doha - the exciting and evolving capital city of Qatar.

Located in the Qatari desert, the Losail circuit held its first event at the venue with the October 2004 Grand Prix of Qatar, won by Sete Gibernau. In 2008 Qatar celebrated the first floodlit Grand Prix in the history of the MotoGP™ World Championship and since 2007 Qatar has also hosted the season opening race on the GP calendar. 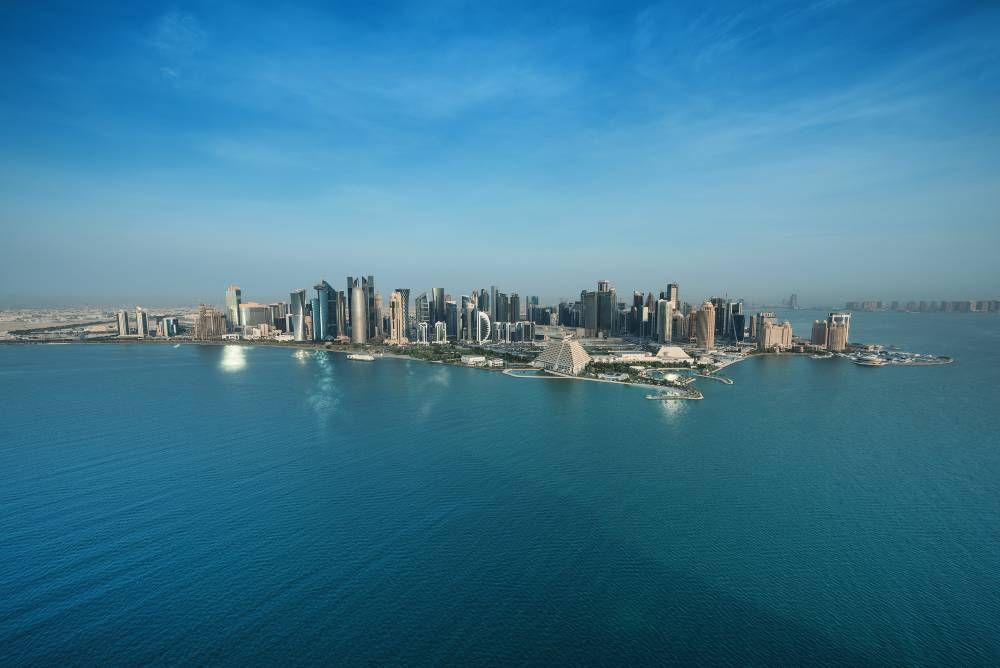 Grab your Official Programme! It's over 60 pages of jam-packed, must-have content from the Grand Prix timetable, a circuit map, all the information you need about your favourite teams and riders, plus an 'Inside MotoGP™' with up-to-date stories from this week in the Paddock. MotoGP™ Read all about it! 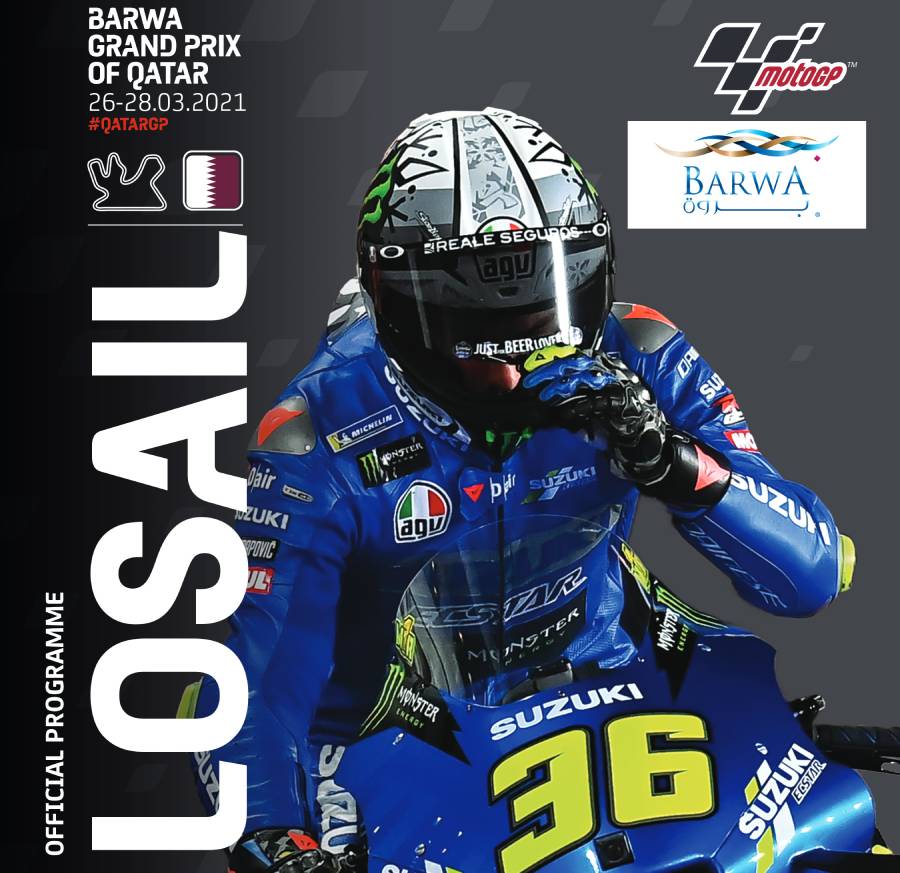 Why we love Qatar and Doha

Located on the western coast of the Arabian Gulf, Qatar is a small peninsula, with its sole land border of Saudi Arabia to the south. Across the Arabian Gulf from the Arabian Peninsula, is the nearby island country Bahrain. In this most exotic and intriguing part of the world, Qatar also shares maritime borders with the United Arab Emirates and Iran.

For anyone who has not visited the Arabian Peninsula, the ancient desert landscape with its rapidly developing cities and infrastructure, is a wonder to behold.

Doha, Qatar’s breathtaking capital city is situated in the east of the country on the Arabian Gulf coast. Qatar has a population of around 2.8 million, with roughly half the inhabitants residing in the capital, or its surrounding suburbs. Doha was recognized in 2014 as one of the ‘New7Wonders Cities’ together with Vigan, La Paz, Durban, Havana, Beirut, and Kuala Lumpur. Its impressively expanding skyline, dominated by glittering skyscrapers, contrasting with the traditional Souq Waqif in the downtown area, has promoted the city as a top representation of global urban civilization.

Without doubt Qatar is a country on the up. Witnessing the speed of its transformation first hand is an exhilarating experience. 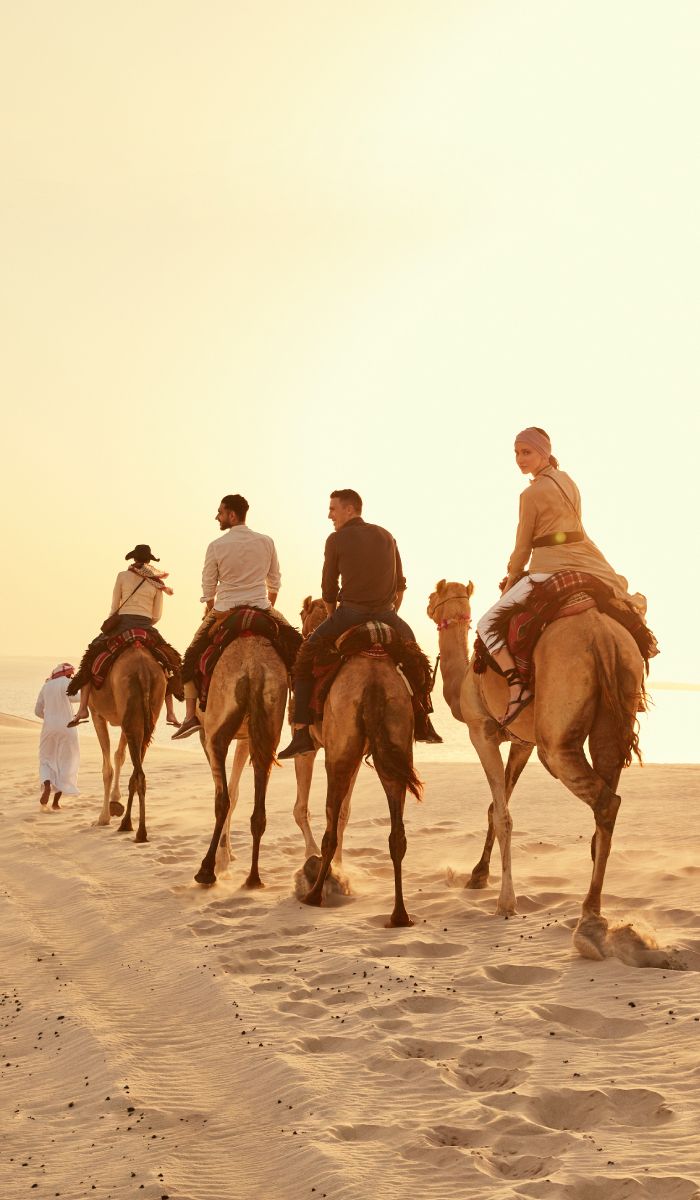 Language: Arabic & English (Arabic is the official, but English is widely used, so it’s very easy for visitors to communicate)

Weather: In March when MotoGP™ visits Qatar the weather is pleasantly warm in the day and not too hot, with average daily maximum temperatures of 26.8°C (80.2°F). Overnight average minimum temperatures are mild with an average low of 16.7°C (62.1°F), which can feel surprisingly chilly, so do bring a jacket to wear in the evening. There is a very low possibility of rain, but it's not completely unknown at this time of year in Qatar.

When in Qatar many visitors head straight to the capital city of Doha, where there is an abundance of hotels on offer.

Many of Doha’s big hotels are self-contained resorts in their own right, with luxurious facilities including their own private beachfronts, spacious and well-equipped rooms, a choice of at least three or four restaurants, swimming pools and state-of-the-art gyms and health clubs.

These larger hotels are complemented by a selection of downtown options including exclusive boutique hotels and serviced apartments. Four-star hotels are available for a lower budget than the aforementioned five-star luxury accommodation, whilst there are cheaper options still with 3-star $55 / €50 per night hotels to be found in the city centre too.

With Doha as your main base there is plenty to do and see in the city and beyond. The Doha Corniche is a good place to start, as you stroll along the waterfront promenade extending for several kilometres along West Bay.

On the Corniche you can visit the Msheireb Enrichment Centre for an insight into Qatar’s culture and heritage. On the other side of the bay you will also find the Museum of Islamic Art, which was opened in 2008 and is recognised as one of the standout museums in the region, reflecting the scale of Islamic art over three continents spanning 1400 years of history. A large park is located adjacent to the museum building and is a pleasant place to walk and relax in the sunshine.

Qatar has become one of the biggest art buying countries in the world and the Arab Museum of Modern Art, also in Doha, reflects this trend, offering an Arab perspective on modern and contemporary art.

You can also tour the city by double decker bus, taking in all the major sights of Doha, such as the Katara Cultural Village and the Pearl-Qatar marina. Another option is dhow boat cruise of Doha Bay which provides lovely views of the Corniche and the city’s amazing skyline.

Meanwhile, a further experience to enjoy is taking in the atmosphere at Souq Waqif, where there are traditional garments, spices and handicrafts for sale and you can sample Middle Eastern cuisine in the local restaurants. The souq contrasts beautifully with Doha’s ultra-modern and luxury shopping malls where the world’s biggest brands can be found in the numerous chic boutiques.

When you are ready to venture outside Doha, try the Camel Races at Al Shahaniya, 20km west of the capital, then head to the Zikrit Peninsula, where there are long sandy beaches, natural rock formations and old ruins to see. On the west coast, you can visit the old fort and archaeological site at Al Zubarah, whilst on the east coast the Al Thakira Mangroves and Al Khor city are also interesting places to visit.

An evening Desert Safari through the dunes to Khor Al Adaid, the Inland Sea, is a romantic and charming experience and can be rounded off perfectly with a traditional barbeque banquet and overnight camping under the stars in the Bedouin style.

Tips for visiting Doha and Qatar

In nomadic Arabic societies, desert travellers were always welcomed with food and drink. Communal dining is a tradition in Qatar, whilst the food enjoyed at big celebrations can also be sampled in local and international restaurants in and around Doha.

When it comes to dress code, Qatar is fairly relaxed, but visitors are asked to demonstrate respect for the local culture and customs in public places, so avoid wearing overly revealing clothing. Context is key so beachwear and casual wear is acceptable if you are lounging by the hotel pool.

Cash machines (ATMs) are to be found throughout Doha and the restaurants and shops usually take credit cards. Keep in mind that the working week for Qataris is from Sunday to Thursday, with most offices closed on Friday and Saturday.

Also, it is not permitted to bring alcohol into the country and alcohol is only usually available at international hotel bars and restaurants.

Qatar is set to host the 2022 FIFA World Cup and will become the first Arab country to do so, with organisers building nine new stadiums and expanding three existing venues for the event. A new city and football stadium, 23km north of the city centre of Doha at Lusail, will host the opening and final matches of the tournament.