The Gran Premio de la Comunitat Valenciana has been held every year at the Circuit Ricardo Tormo since the World Championship first visited the Spanish track in 1999, the same year the venue construction was completed. The event has become the traditional end of season finale, with huge crowds at the 150,000 capacity circuit creating a brilliant atmosphere.

The stadium-style nature of the stands around the track means the whole of the circuit can be viewed by the fans as the annual MotoGP™ fiesta reaches a crescendo. There are corners at the circuit named after two great Spanish riders; Jorge Martinez Aspar and Angel Nieto. Both of them contributed significantly to the profile of Grand Prix motorcycle racing in Spain and around in the world. 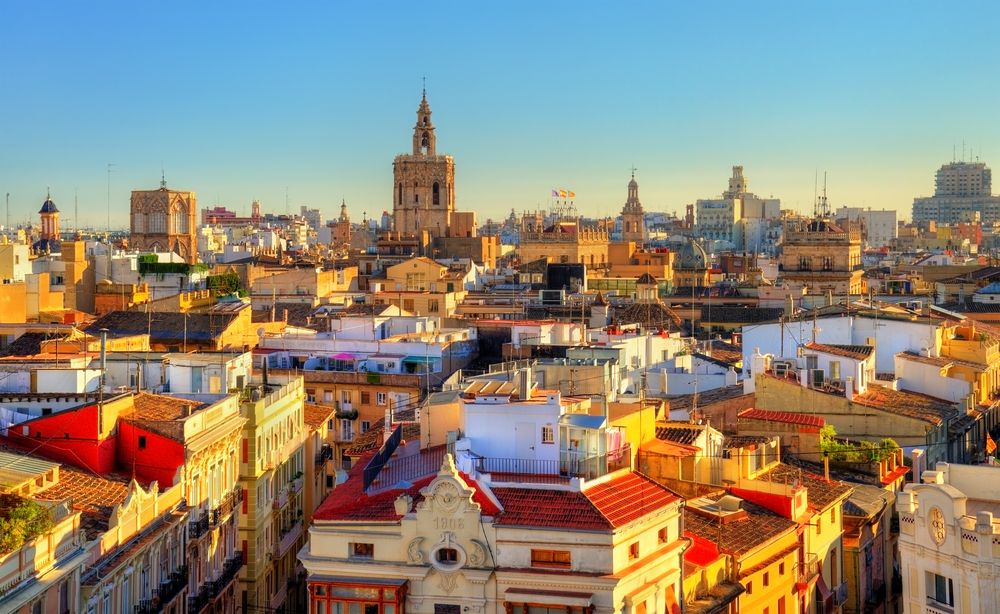 Why we love Valencia

With a fine cultural and sporting heritage, Valencia is famed for fantastic fiestas, and this vibrant city is the third largest in Spain.

Given its excellent Mediterranean climate Valencia is a pleasant place to be. The huge Ciutat de les Arts i les Ciències complex adds to the regeneration of the port and waterfront in recent years - the city having been the base for the 2007 America’s Cup.

Valencia’s historic city centre is a marvel in itself, with districts such as the Barrio del Carmen providing great nightlife with its maze of winding streets, lined with trendy bars, cafes and restaurants. Fireworks are something of an art form in this city and spectacular explosions of colour are not just limited to the annual celebration of the famous "Las Fallas" festival each March; though it is certainly when they are most numerous.

Outside the city the coastline along the Mediterranean in this part of Spain has been somewhat overdeveloepd, but away from the big resorts there is much to discover. Hilltop towns like Altea and Peñíscola situated amongst isolated and hidden coves, and vast areas of countryside made richer by the cirtus groves and the historic legacy of battles between Moors and Christians for control of the region.

Language: Spanish / Valencian
Weather: Valencia enjoys great weather all year round, however the MotoGP™ arrives in November as temperatures begin to cool ahead of winter. Average daily highs are around 18°C (64°F) and nightly lows of 8°C (46°F) or less are not uncommon, so it can get cold after dark. Rain is also fairly common in Valencia at this time of year.

There is plenty of accommodation near the circuit along the A3 motorway, which takes you Westwards away from the coast. Essentially the track is a short drive, or ride, outside the city towards the interior of Spain - close to the small town of Cheste.

The best spots to stay can get booked up fairly quickly, however there are literally thousands of options and this is a place well-accustomed to hosting large crowds for events and street parties.

Hotels in Valencia range from luxury, top of the range establishments located across the city, to boutique style hotels and guesthouses in the old city-centre (Ciutat Vella).

For less frills look for a hostal or budget-friendly bed and breakfast, or if you want more flexibility you can rent a low-cost apartment for a few nights.

The city of Valencia has a bit of everything – fantastic parks and public spaces, beaches, museums, galleries, fine architecture, great food, friendly people and superb nightlife. Whilst Barcelona and Madrid may take the headlines, Valencia has its own intensity and story to tell.

One of the key features of the city is that the old town is partly bordered by a park which occupies what was previously a riverbed, reclaimed after flooding in the 1950s. This winding green space takes you from the Bioparc Valencia and Parque de Cabecera at one end of the city centre all the way down to the Palau de les Arts Reina Sofia and the epic Ciutat de les Arts i les Ciències, which features remarkable buildings such as L'Umbracle and L'Oceanogràfic.

Explore the old town on foot, or by jumping on and off the metro which serves the city. Discover historic streets and plazas featuring traditional bodegas, mercados and tavernas, alongside hip new bars, restaurants and galleries. Or hit Playa de la Malvarrosa to the east of the city, which extends down to Playa de las Arenas to the south.

At El Saler beach, about 13km to the south of the city adjacent to La Albufera Natural Park, you can try delicious paella made from locally grown rice and locally sourced fish. Head inland to explore Valencia’s fertile terrain, where villages and towns are traditionally boosted by local agriculture, or travel down the coast to the south around Denia and Xàbia for more secluded beaches, or venture into the city of Alicante for more action.

Even if you do not speak Spanish or the Valencian language (which is distinctly different) at least having a go at a few phrases or demonstrating some knowledge of the local culture is bound to win you friends.

At the "Fallas" museum you will find ninots (larger than life figures usually based on real human characters) which were spared from the bonfires of the traditional festival, and can be enjoyed all year round.

A glass of freshly squeezed Valencia orange juice is a must whilst you are in the area, and the city is recognised nationally as the home of paella. Indeed, many restaurants offer an array of rice dishes in addition to traditional recipes, so why not experiment and try something new.

Lunch, "La Comida", is typically served between 2pm to 4pm, and many people do not eat evening meals until 10pm onwards, after an aperitif or two. As in other parts of Spain tipping is not always expected but it is polite to leave a couple of euros in a bar and around five percent of the total bill in restaurants.

First records of Valencia are from the second century BC, when the city was a Roman colony. The city’s name comes from “Valentia”, meaning valor or bravery; often used in reference to Roman soldiers. However, the real golden era for Valencia was the 15th century, when it was the Kingdom of Aragon’s most populous and prosperous city.